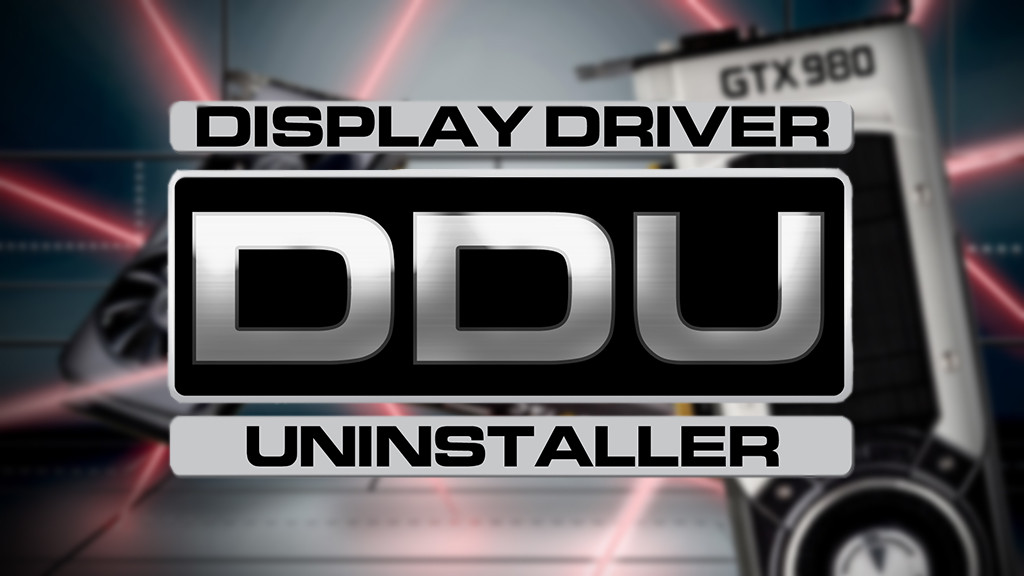 Display Driver Uninstaller – is a tool for removing video drivers. If you are still mining, then most likely you are faced with confusion with old and new versions of drivers. The solution was to boot in safe mode and manually remove the driver, hoping that after these frauds the new version will become normal and the card will work. These problems are most often obtained by those users whose video card works with different versions of drivers. But now the Display Driver Uninstaller (DDU) tool has appeared, which does this with one button, i.e. No need to boot in safe mode and uninstall drivers manually. Display Driver Uninstaller (DDU) is a driver removal tool that can help you completely remove AMD (ATI), NVIDIA and Intel graphics drivers, Realtek audio driver from your system, without leaving leftovers behind (such as registry keys, folders, files, driver store). Over time these leftover files can cause compatibility issues, such as drivers failing to install, reducing performance or system crashes/freezes. By using DDU you can remove these leftovers and solve many common issues related with GPU drivers.

Step 1 – Have your GPU/Audio drivers ready

Before we go ahead and use DDU to remove our GPU drivers I highly recommend beforehand you head to your GPU manufacturers website and download the appropriate drivers for your GPU and OS configuration (I recommend you use the latest drivers available, however you can use older drivers if you want)

Here are the official download links for NVIDIA, AMD (ATI) and Intel drivers. Make sure you select the right options such as language, OS version and architecture etc.

Note: With some computers you may have to download your GPU/Audio drivers from the OEMs website (HP, Dell, Lenovo etc.) – some GPUs may have custom hardware IDs that only officially work with the OEM specific drivers; however this isn’t common.

After you’ve downloaded your GPU drivers we can now go ahead and download DDU, I recommend you download DDU from Wagnard’s official site.

I always recommend you download the latest version of DDU, it gets updated quite regularly to keep up with the changes made to GPU drivers and Windows.

Step 2.5 – Disconnect from the Internet

If you’re using Windows 10, I recommend (if not mandatory) you disconnect your PC from the Internet, this will prevent Windows 10 from automatically downloading GPU drivers.

There is an alternative option in the option menu of DDU that you can select that should prevent the download of drivers from window update.

Once you’ve download DDU, simply double click the exe and extract it wherever you want (except on a network drive, it must be on a local disk), I recommend you extract DDU to a ‘DDU’ folder on the desktop, for ease of access.

Once you’ve extracted DDU, open the DDU folder (or wherever you extracted it) and you should see several files, read the ‘Readme’ file, then launch ‘Display Driver Uninstaller’.

If you do want to launch DDU in Safe Mode click the OK button, in the top left-hand corner select ‘Options’ and at the bottom click ‘Enable Safe Mode dialog’, exit out of DDU and relaunch it, upon relaunching select “Safe Mode (Recommended)” and click “Reboot to Safe Mode”. Your PC should reboot into Safe Mode and DDU will start.

*Note1: It is preferable to use the “Enable Safe Mode dialog” option only after you have at least tried once to go into safe mode the usual way or YOU MAY GET STUCK in safe mode.

*Note2: If you use DDU in normal mode I recommend you close down any background programs, such as games, browsers, media players etc…

After launching DDU you will be presented with this screen, instead of simply clicking one of the removal buttons I recommend you head to the options and tweak how DDU removes the drivers.

These folders are the default locations where the NVIDIA or AMD driver installation files are unpacked, once the driver is installed these folders can safely be deleted.

Once this has been done exit the options menu and now we can begin using DDU to remove our GPU drivers.

On the right side you’ll see a drop down box that allows you to select what GPU drivers you want to remove.

If you previously had an AMD (ATI) GPU in your system and then made the switch to NVIDIA (or vice versa) in the same Windows installation, you will want to remove the AMD drivers and then the NVIDIA drivers (or vice versa) to avoid any conflicts

Intel iGPU (HD, Iris graphics) drivers shouldn’t cause any conflicts between AMD or NVIDIA drivers. However, having assets of AMD drivers installed on an NVIDIA system, or vice versa can cause issues.

On the left side of the interface you’ll see three buttons, all are relatively quite simple but I’ll run through them quickly.

Now all we have left to do is remove our drivers, your screen may go black for a few seconds while DDU is removing the GPU drivers – this is perfectly normal and should only last a few seconds.

DDU will now remove the selected GPU drivers from your system, this will vary depending on the speed of your system.

I just want to reiterate one more time, if you’ve had an AMD (ATI) or NVIDIA GPU in the same install of Windows I highly recommend you select and remove both GPU drivers to make sure there aren’t any conflicts. Once DDU has completed the removal of the selected GPU drivers you will be prompted with this message — Select ‘Yes’ to exit the program.

Now DDU will reboot your PC, from here you can install the GPU drivers you downloaded earlier, restart if applicable and then connect your PC back to the internet.

(NVIDIA only, OLD DDU VERSION) After you’ve installed your GPU drivers, you can go ahead and open up DDU (you don’t need to do this in Safe Mode) and remove temporary/cache NVIDIA driver/GFE installation files, for me it was around 1GB

As a side note I always recommend you update your GPU drivers using the official installer, programs like GeForce Experience can cause issues when updating drivers.

If you found DDU useful, please consider donating to Wagnard so he can continue improving DDU by adding new features and updating it when changes are made to Windows or the drivers themselves.

Hopefully this guide has helped you resolve any GPU driver related issues you may have encountered, although I realise this guide won’t help everyone. GPU drivers are incredibly complex pieces of software and this is merely one fix. Below I have other tutorials that may help you resolve any issues that are related to GPU drivers.

GMiner v1.81 – fix display of the name of the worker Cortex (Download)