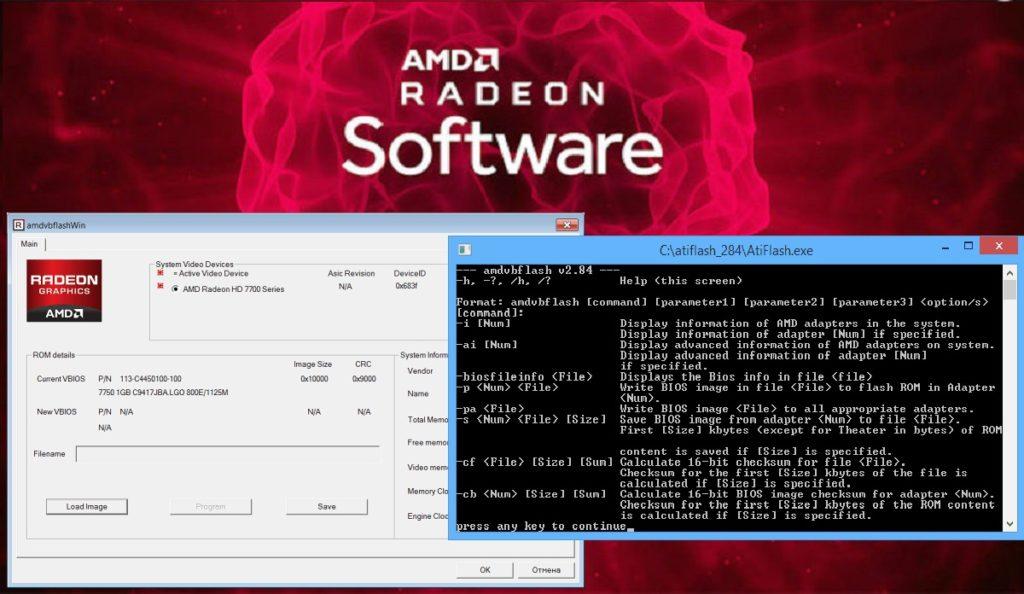 AMD ATIFlash & AMDVBFlash is used to flash the video card BIOS. The version released by ATI was called ATIFlash or simply WinFlash. It supports all AMD Radeon graphics cards, such as RX 5700, RX 5600, RX 5500. You can also flash BIOS for all AMD Radeon RX Vega, RX 580, RX 480 and all old ATI cards. VBFlash BIOS Update Software runs under Windows.