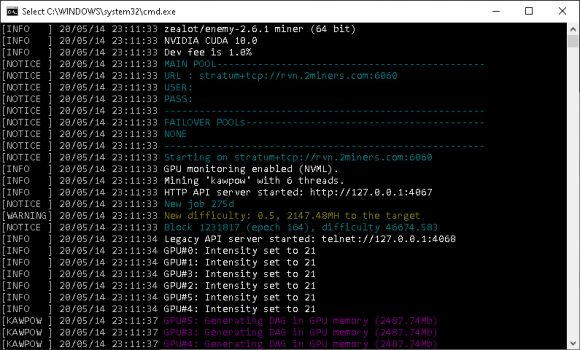 The latest Z-ENEMY ver 2.6.1 miner updates regarding KAWPOW support provide faster initialization on installations with several video cards (increase in performance by several percent), smoother loading of the GPU, higher default intensity value, increased from 20 to 21 for GTX 1070/1080 Series. as some different improvements in the miner interface and in general terms. In terms of performance, we are definitely seeing an improvement.