Главная » Cryptocurrency » Bitcoin will fall to a psychological mark 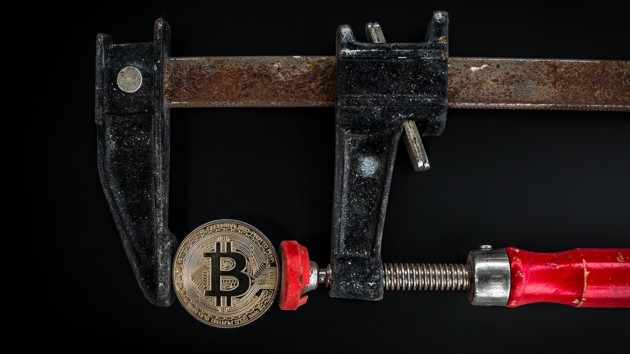 Bitcoin continues to fall in the world. So, on December 4, the average market price of cryptocurrency, according to CoinDesk, dropped to $ 7118. Over the past day, the first cryptocurrency has fallen in price by 1.59%

At the moment, the asset is above the $ 7,100 mark. At the same time, in the near future, bitcoin will likely fall in price to the psychological milestone of $ 7,000, NewsBTC analyst Ayash Jindal believes, writes RBC. The expert warned that the main digital coin risks falling to $ 6,500 if it drops below $ 7,000.

The analyst believes that for a key reversal of the trend, bitcoin needs to overcome the resistance zone of $ 7,400, and then – of $ 7,500. At the same time, Jindal believes that, most likely, in the near future the value of Bitcoin will move towards the $ 7,000 and $ 6,800 marks. Earlier, the Nebraskan Gooner trader also stated that cryptocurrency would fall in price to $ 6,200 by December 9-10. According to the analyst, in order to again begin to grow in price, Bitcoin should gain a foothold above the mark of $ 7,600.

Recall, it was previously reported that in Ukraine they are preparing for the legalization of cryptocurrencies. In the Verkhovna Rada registered the bill number 2461, which is called “On Amendments to the Tax Code and other laws of Ukraine regarding the taxation of transactions with crypto assets.” As you know, in 2019, Bitcoin turned 10 years old: