Главная » Interview » Mark Yusko: “Bitcoin is a hedge against chaos” 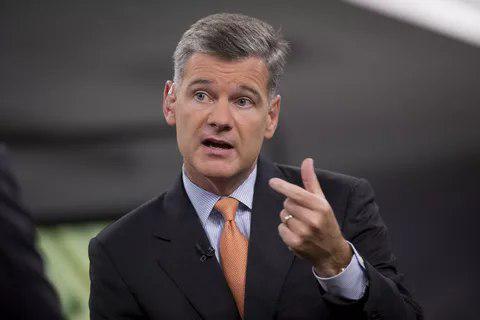 According to Morgan Creek Capital CEO Mark Yusko, amid a decline in the market for traditional assets, Bitcoin “could become a hedge against chaos.”

Yusko noted that the state of the global economy is deteriorating. Against this background, Bitcoin looks like a completely safe asset and its status will only be strengthened in the near future.

“We are now seeing the largest credit bubble in history. I think that soon the whole world’s traditional financial system will begin to crumble. This issue has been discussed since last fall, when markets began to demonstrate the behavior of 2000-2002. In 2001, there was a slight recession, but in 2002 the bubble burst and swallowed up companies such as Enron and WorldCom. I think that the same thing is starting to happen, as there are so many over-credited companies in the world, ”Yusko said in a conversation with CNBC.

“I have long been talking about the fact that those who look at the daily fluctuations of bitcoin do not catch the main point, which is a means of accumulation. This is a hedging tool or fraud insurance, as I like to call it. Each year, the minimum bitcoin is always higher than in the previous one. To date, fiat and stock markets have accumulated a lot of problems and risks that need to be hedged. That is why it is necessary to strive to own part of the Bitcoin network. At least 1-5% of the capital of any investment portfolio should be in Bitcoin. ”

How will the blocking investment change?