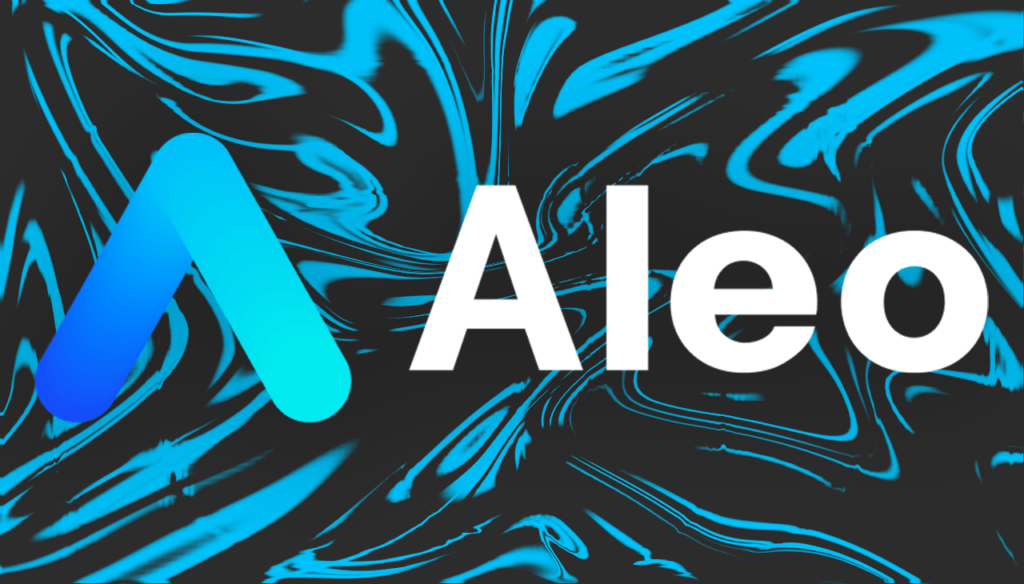 Aleo Coin is a new cryptocurrency that is currently in the test network 3 stage; however, it is reportedly very close to launching on the main network and has generated interest among cryptocurrency miners.

There is a possibility that cryptocurrency miners have found a new type of coin that can be mined with their suddenly useless GPUs – and this even spurs the purchase of GPUs and a new line of motherboards based on the old chipset.

According to a recent tweet from Aleo’s official account, up to 14,000 nodes are currently mining the coin. In addition, there are 20 million proofs per second, which is 1,000 times better than the testnet 2 stage. However, unlike other cryptocurrencies, Aleo does not depend only on the best video cards – Aleo can also be mined using a CPU, as part of the algorithm depends on CPU performance, so it plays a role in the mining process. Thus, miners need to find the best combination of processor and video card.

The Aleo page on GitHub (opens in a new tab) states that the minimum recommendations for the Aleo miner consist of a processor with 16 cores, 16 GB of memory, 128 GB of storage and a network connection with 10 Mbps upload and download speeds. The developers recommend a processor with 32 cores and 32 GB of memory, but they don’t mention whether it’s the clock speed or the total number of cores that makes the biggest impact. If it is the latter, there is no need to choose one of the best processors on the market. However, the page stresses that competitive miners will probably need more power than the recommended hardware.

Since Aleo is still in the testing phase, the optimal combination of processor and graphics card remains a mystery. However, according to Twitter user I_Leak_VN, the most popular configuration among the current mining community consists of discontinued Intel Xeon E5 processors and the latest generation GeForce RTX 3080 video cards from Nvidia. The informant shared a small table of estimated video card power for Aleo mining, but the source of the list is unknown, so take it with a pinch of salt. We suspect, however, that it’s likely based on community reviews. Cheap options like the GeForce GTX 1660 Super provide around 170Mh, while more expensive options like the GeForce RTX 3090 or GeForce RTX 3080 Ti break the 1000Mh threshold. Nevertheless, the GeForce RTX 3080, which offers 940Mh, seems popular.

In terms of processor, older Intel Xeon E5 chips make sense because they sell for a bargain price in the used computer markets. Thus, it’s a great way for miners to get access to a large number of cores (up to 18) on the cheap. In addition, Xeon E5 processors are scalable, allowing miners to create 2S configurations.

The most popular cryptocurrencies are mostly dependent on video card power, and miners often use cheap options such as Celeron or Pentium processors for their mining rigs. So while the video card still plays an important role for Aleo, the number of processor cores seems to help somewhat.

Chinese motherboard manufacturer Shenzhen AngXun Technology took the opportunity to release new LGA2011 Aleo mining motherboards. According to a report, Shenzhen AngXun Technology has prepared three X99 motherboards. The E5-ALEO-IDC holds up to two Xeon E5 processors, 512GB of memory and six graphics cards. The X99-6PLUS-V2.0 has similar specs, but only supports up to 256GB of memory. Finally, the X98-ETH-V1.0 is designed for more demanding miners. The motherboard still supports up to two Xeon E5 chips and 256 GB of memory, but has a slot for eight video cards.

Aleo uses a different algorithm than Ethereum, so Ethereum miners cannot simply run their existing machines to mine Aleo. We still expect a video card to be more important for mining Aleo, but Ethereum miners will likely have to adapt their hardware to Aleo.

We raised funds in the recently announced Series A Venture Round. We want to be as inclusive as possible and give everyone in the community access to the value we all help create. That being said, this is a sensitive issue and we want to make sure that everything we do is fair, meets incentives and complies with all relevant laws and regulations. We’re working hard to give people the opportunity to earn Aleo credits, so stay tuned.”

HOW IS ALEO DIFFERENT FROM EXISTING SMART CONTRACT PLATFORMS?

Aleo is the only platform that is private by default, which ensures that there is no opportunity for value extraction by miners or preemption. In addition, program execution occurs off-chain, so Aleo can support programs of arbitrary size with unlimited runtime. This also means that you can know exactly how much any program is worth before it runs.

Aleo is a project that uses ZK technology, which can give users many options and minimize the risk of data theft. The outstanding benefits of ZK encryption technology:

Aleo is a separate blockchain, so it also uses its own programming language called Leo. It is a programming language inspired by Ethereum’s Solidity language, which is designed to write private applications, run smoothly on the Internet, and ensure that user data is not stolen.

In addition, Leo has a lot in common with Javascript and Typescript; developers fluent in these languages will be easily accessible to Leo. The Aleo team also launched the Aleo Package Manager (PM), similar to the Cosmos SDK, to make it easier for project developers to create a DApp on Aleo.

Aleo uses the Proof of Succinct Work (PoSW) consensus mechanism: as a variant of Bitcoin’s SHA-based complexity adjustment algorithm, the main difference is that the underlying computation is not an arbitrary hash function, but knowledge proof. Thus, Aleo has a mining mechanism similar to BTC.

Charges on the Aleo network can also be calculated in advance, users will know how many Aleo points (Aleo credits) are needed to run a regular dapp. Unlike Ethereum, Aleo does not use the concept of gas.

BENEFITS OF OWNING AN ALEO TOKEN

ALEO is Aleo’s own blockchain token, which is used for the following purposes:

WHAT ARE THE TECHNICAL GOALS AND BENEFITS OF ALEO?

Zero-knowledge proof technology, which is a privacy-protecting technology, is used in a variety of places. In a classic example, Zcash provides users with full privacy, but programmability is limited and smart contracts cannot be executed. Ethereum also offers powerful programmability, but with limited privacy. Aleo’s goal is a private programmable protocol. Such protocols prevent abuse by users, but allow for powerful applications on the chain and customization between them. Because in the web3 world, privacy protection is very important to users.

Aleo is the first decentralized open-source platform that enables both private and programmable applications. With default privacy, Aleo enables a sustainable and fair Web3 world that can meet the needs of developers, consumers, and businesses.

Aleo uses zero-knowledge cryptography to ensure confidentiality and programmability. Zero-knowledge encryption and zero-knowledge proof allows third parties to verify the truth of information without having to disclose it directly. Aleo uses this as the basis for a system called ZEXE (Zero Knowledge EXEcution). In ZEXE, users perform state transitions offline. This process creates a proof and includes it in a transaction on the chain. This transaction updates the system state by consuming/creating records in the chain. As with Zcash, the transaction contains only the proof, not the input that spawned it, so this system provides a strong guarantee of privacy.

By participating in mining, you can participate on more favorable terms. It seems that those who participated in Bitcoin and Ethereum mining from an early stage made big profits. There is a chance of an annual profit of 2,500%. To participate in mining Aleo tokens, you need to register and participate in the Aleo mining program.

Since its launch, Aleo has had quite a few community development programs:

Aleo will deploy Testnet 3 in the near future; if nothing changes, Aleo could move to the core network in Q1 2023.

As with any other cryptocurrency, there is no guarantee that Aleo will thrive. Last year, the Chia coin was the subject of loud conversations that turned into a shortage of hard drives. Hard drive manufacturers, including Western Digital and Seagate, were happy to increase their production to meet the needs of Chia coin miners. Eventually the hype died down, and the Chia coin never became popular. Today, a single Chia coin is worth about $31. Could Aleo become the next Ethereum or Bitcoin? It seems unlikely today, given the state of the cryptocurrency market, but only time will tell. It should be understood that Aleo exists for exchange only on pancake swap, where many fake coins are located, designed to cheat and siphon money from users.

Setting up Windows for cryptocurrency mining

How to start mining cryptocurrency?