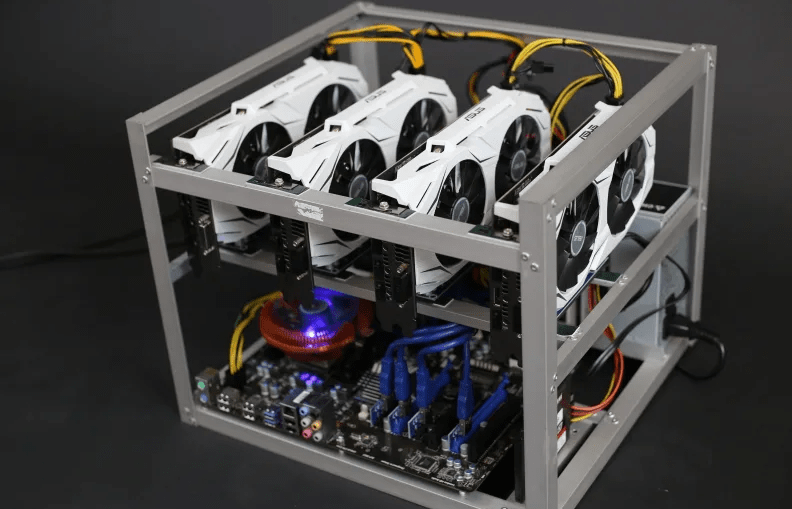 On Octopus, mining will be carried out only for the Conflux currency (CFX) in 2022. Since the network is not very complicated, you can work with Nvidia 20 series graphics cards. The Octopus mining method actively consumes memory, being resistant to ASIC hardware. These characteristics make it a good candidate for working with a GPU. Octopus is designed to prevent ASIC mining and improve network throughput.

Features of the Octopus mining algorithm

The octopus structure resembles a tree, unlike Bitcoin or Ethereum, which are linear in nature. Multiple blocks can be confirmed by miners at the same time, which is crucial for day-to-day operations. As a result, the throughput increases to 4000 operations per second, and the transaction time is reduced. For comparison, the Visa payment system processes 24,000 transactions simultaneously, Ethereum processes 5-10, and Bitcoin processes 5-10.

Additional characteristics of the octopus include: 1) A flexible system that links the time required to find a block with the level of difficulty of mining. 2) The time used to create a block is usually 0.5 seconds. protection from ASIC miners. 3) Relatively high RAM requirements. The DAG file must be installed on the visual map. In addition, a significant amount of energy is required to maintain the functionality of the algorithm and save the final part of the program. The need for RAM continues to grow as octopus becomes more common. Payments to miners will be halved every four years (halved).

Currently , the promotion is being created according to the following plan: 1) Transaction fee. 2) The cost of detecting the block.

The blockchain contains procedures that can be performed only if the user deposits money into a smart contract. A passive income loan of 4% per annum is applied to limited coins. In order to further motivate miners to contribute to the work of the blockchain, this money is distributed among them.

The blockchain is scaled according to a certain set of guidelines and procedures. The block encryption function works this way. Miners need the computing power of a computer to decrypt them. They are given bitcoins as payment. Octopus uses a new transaction relay protocol. Unlike many other blockchains, the components developed here in parallel are used by the main network, and not deleted.

It takes 5 epochs to create a new block: 1) The node confirms the legitimacy of the signature. The transaction will be refused if an obvious error is made. If not, then it gets into the pool and is placed in the processing queue. 2) The miner selects transactions with the highest commission. Depending on the load on the network, this indicator varies. Such transactions will remain in the pool if the transaction value is less than the current state of the blockchain. 3) The confirmed transaction is added to the pool for deferred execution. After five epochs, nodes receiving new blocks close them. You can cancel the procedure while it is still in progress. In parallel with the creation of a chain that includes components from five eras, miners receive a fee for each block built.

A new bitcoin mining algorithm called Octopus is being tested by miners in 2022. So far, it has only been used for CFX mining. The complexity of the network is small because the asset is still not well known. Conflux is trading on these markets in April 2022:

Octopus was designed to provide protection against Asic miners. You need a lot of memory to function, and creating a new block takes time. Powerful equipment does not provide any real advantages. This will allow you to make money for a very long period using a video card.

The Chinese government and large private investors have provided financing for the creation of the CFX blockchain. The methodology was developed using Etherium templates, namely the Ethereum Virtual Machine (EVM). This will make it easier to add ERC-20 coins to the network in the future.

Experts expect an additional increase in capitalization and see prospects in cryptocurrencies. Many networks are expected to use Octopus.

What is mining mempool?

Advantages and disadvantages of bitcoin mining in 2022

The best way to create your own mining pool.