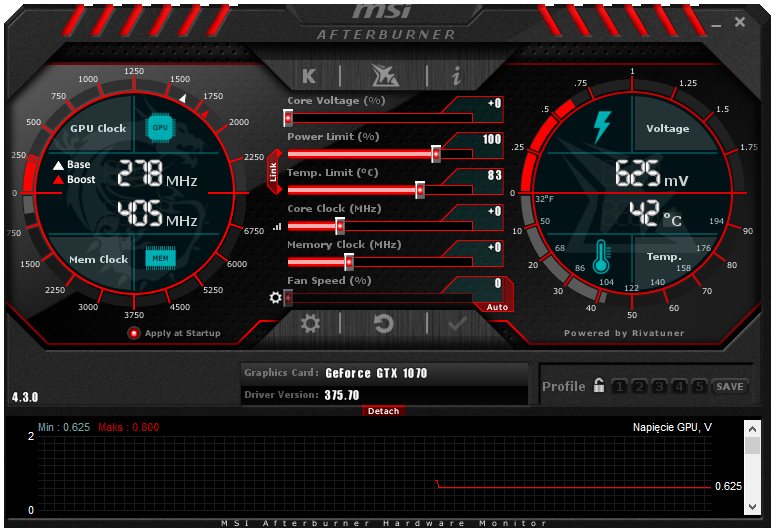 MSI Afterburner — This is a graphics card utility developed by the Guru3D RivaTuner team. Beta versions sometimes have a validity period; stable and final releases do not. We recommend using the final assembly. Over the past few weeks, we have made great efforts to get many features for this build. All recently released graphics cards are supported, this entails the entire Nvidia GeForce GTX Series 10, including the 1050, 1060, 1070, 1080, 1080 Ti and Titan X (Pascal). AMD includes support for the 400 and 500 Radeon RX. Not only that, we also updated RTSS, our statistics server that allows MSI AfterBurner overlay to offer overlay support on DirectX 12. New in this release is overlay support for SLI and Crossfire in DirectX 12. Please read the full release note for everyone changes (since there are quite a lot of them). You may have noticed a new look – if you like the white / black design that you see below. In the Afterburner / user interface skin settings, you can select this new Cyborg White skin to activate it. Have fun with customization. Has your overlay changed after the upgrade? Complete the uninstall of RTSS and AfterBurner (with the removal of profiles), and then install CLEAN.

MSI Afterburner – Designed for overclocking NVIDIA and AMD graphics cards. Using the program you can adjust the voltage of the GPU and video memory, frequency …