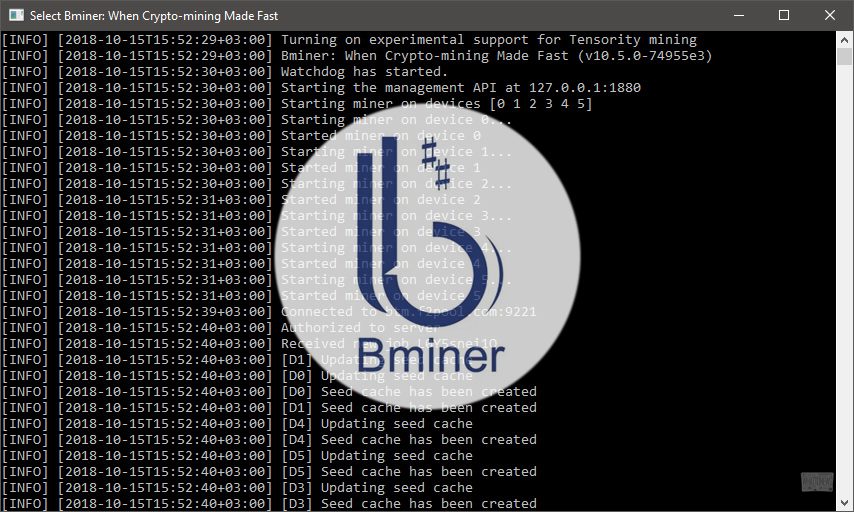 Bminer 16.0.7 – highly optimized cryptocurrency miner that runs on modern AMD / NVIDIA GPUs (Maxwell and Pascal, that is, on GPUs with a computing capability of 5.0 or higher). Bminer is one of the fastest miners available today – we use various methods, including mosaic and pipelining, to realize the full potential of the equipment.

Disabling polling reduces the CPU usage but it might reduce the performance in some configurations.

Bminer 16.1.0: Download With Support for BFC and Cuckatoo32 for Windows