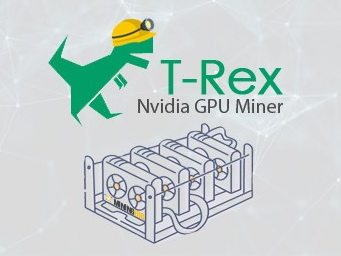 If you are following Ravencoin then you should be aware about the asset layer which just got activated. The current network hashrate is more than 7 Th/s and the difficulty has surpassed 100k. Even though the mining difficulty is too high it is still one of the profitable coin that you can mine currently. There are a large number of X16R miners available for NVIDIA GPUs. But if you are looking for the best software then there are 2 options mostly suggested by the mining community and they are Enemy and T-Rex miner.

Both Enemy and T-Rex miner has the following aspects in common. They are written from scratch, both are closed source miners with 1% dev fee and supports a wide range of algorithms. Although they support a number of algorithms; they are best known for X16R and X16S mining. Some members reported that Enemy is faster and some say T-Rex gives you more coins than Enemy miner. We tested the recent version of both the miners and looks like both have similar performance and both runs stable.

T-Rex is a NVIDIA only GPU miner available for Windows as well as Linux. In addition to performance improvements on Turing GPUs (20xx graphic cards) the latest version T-Rex 0.7.3 has some bug fixes and also has the following features. This version has improved Skunk, PHI, Polytimos. Compared to previous release you can expect minor performance increase on x16r and x16s algorithms. Also a new functionality has been introduced (--back-to-main-pool-sec launch parameter) which returns back to main pool after mining on failover pool. Along with this there are few other changes and improvements which you can find in the release notes.

Our usual reminder before you download the miner: T-Rex miner can now be found on GitHub but do note that it is only available as binary release. It is a closed source miner which includes a build in developer fee of 1%. Also to get maximum performance update your display drivers. For CUDA 10 support driver ver. 415+ is recommended which you can download from this link.

NBMiner 27.7 – With improvements for Nvidia Mining HNS and HNS + ETH