Главная » News » How will the blocking investment change? 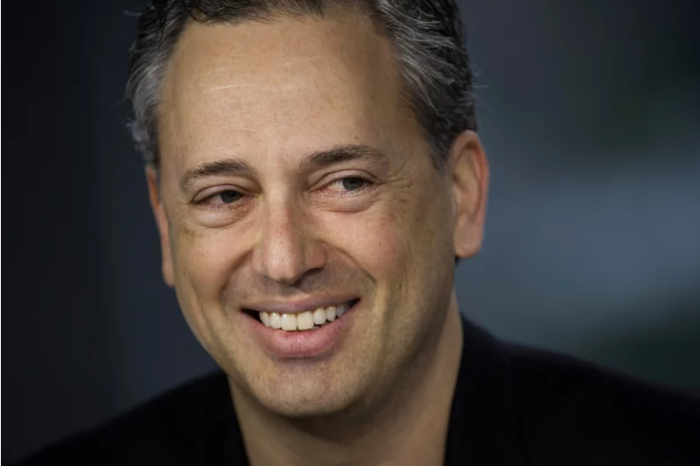 Around the idea of ​​transferring property to digital assets and trading it on the basis of blockade is a lot of noise, but no one has taken any real steps to this. But this year the situation will change, says David Sachs, a member of the PayPal mafia, and the first step in this direction will be real estate tokens.

It is worth to listen to Saks’s opinion. He is known primarily as the first chief operating officer of the world’s largest payment system PayPal, who worked in team with other members of the “mafia” – Elon Mask and Peter Thiel, as well as a serial entrepreneur who recently established a venture capital fund specializing in crypto-currencies with a capital of 350 million US dollars.

Speaking at the Token Summit in New York, Sachs explained why he is so optimistic about “token stock”, investment tokens, which are a blockbuster version of traditional securities such as stocks or derivatives.

According to Saks, the advantage of tokens is that they reduce or eliminate the “discount for illiquidity” for assets that can not be traded on the open market. Such a discount compensates consumers’ fears that the asset will subsequently be difficult to resell.

Sachs cites as an example a professional real estate market, the volume of which is estimated at 7 trillion dollars, but which can not be called highly liquid. He believes that the possibility of buying and selling stakes in real estate by means of tokens carries a serious potential – each token will correspond to the ownership of a share in real estate, and they can be easily used in transactions based on the blockbuster.

Sachs believes that this new source of liquidity will attract more capital to the real estate market, and also create a market for derivative financial instruments for property rights.

Sachs also predicts that the tokens for real estate are not technologies of the distant future, and that investors will trade them by the end of the year.

In a subsequent interview, Sachs predicted that the real estate sector will be at the forefront of the market, where all types of assets – from art objects to private equity shares – will be transferred to tokens.

Nevertheless, the question arises when this will actually happen and whether there really is a need for the tokenization of traditional assets. Some skeptics and do consider token-shares just another superfluous level of financial engineering.

Sachs, of course, does not share this view. He argues that tokens carry real benefits, providing liquidity and unprecedented transparency.

As an example, he cited a recent deal, as a result of which investors purchased a private company and found that previous owners issued one-third more shares than indicated in the documents. In Saks’s opinion, if blocking was used to issue these securities, this could not happen, since all property rights would be recorded in an unchanged and unregistered registry.

This belief in blocking technology explains why Sachs invested from his new foundation, Craft Ventures, in the development of Harbor, a provider of asset tokensis services. Harbor sees its role in the market as an intermediary, which assigns codes to codes and, through this, ensures that only the parties that meet the requirements of KYC (Know Your Customer) and other legislative standards can trade with them.

At a broader level, Sachs is developing its version of the first blockade – the Bitokune network created by Satoshi Nakamoto – that could be used to work with a regulated securities market. “[Anonymity] is an advantage for digital money, but a drawback for stock tokens,” Sax points out, saying that the identification system and tolerance levels created by Harbor will ensure compliance with legislation for companies that issue tokens.

In all these subtleties it is not so easy to understand – and also because the blocking companies have yet to create tools that will help ordinary investors understand how the trade in tokenized assets will work. To show people how to trade shares on the Internet, brokerage firms like eTrade or Charles Schwab created sites and applications, but no one has yet created a simple navigation system in the world of blocking technologies. According to Saks, the reason for this is that the block system is a database-level technology, rather than an application layer. To create on the basis of the block-room user-friendly tools that will play the role of the user interface, the companies themselves will have to.

“The user interface, most likely, will be quite unlike those that we have seen recently. These will not just be sites or applications – these concepts will remain in the past. The user interface will be the token itself, “Sachs said, adding that the token will contain all the important and necessary information for the investor, including those relating to property rights and the history of trading operations.

3 tips for beginners in a bear market cryptocurrency