Главная » Info Articles » What is the blockchain fork of bitcoin and other Cryptocurrencies? 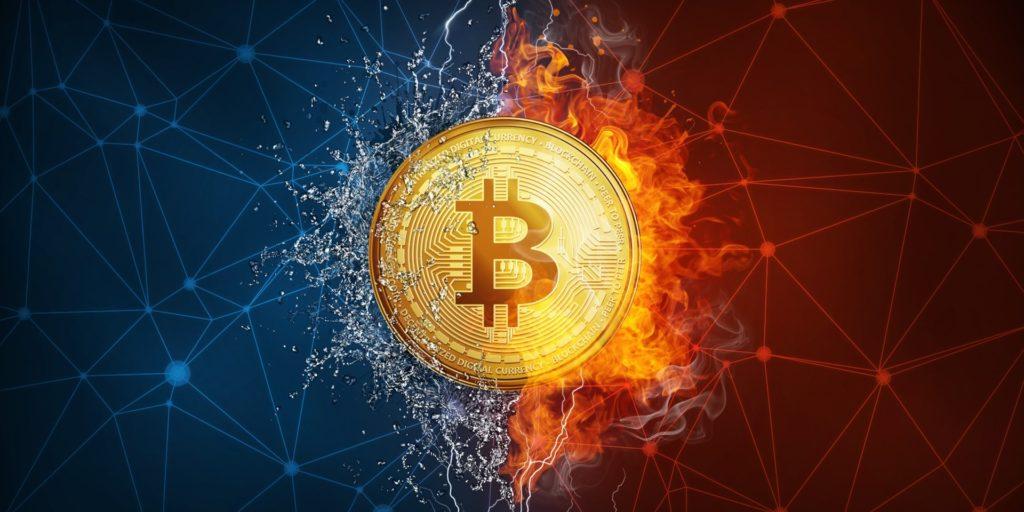 “Fork /fork/branching” refers to the process by which blockchain technology is modified. A fork occurs when there is a split in the blockchain network, resulting in the creation of two separate versions. You wouldn’t want to pick up a fork and try to eat something, despite its fancy name. A bitcoin fork, or simply fork, is a method of separating blockchains.

Another reason why separation can occur is if the software update on the computer is not synchronized. The mining community will need to choose in which direction the blockchain will develop in this situation. There will be two different versions of the blockchain if a solution cannot be reached or the community as a whole cannot come to an agreement.

Definition of a Bitcoin fork.

In the financial ecosystem known as Bitcoin, the community controls the network and decides how it works based on consensus. The fact that Bitcoin software is open source is quite unusual. Anyone with relevant knowledge can understand how it functions and recommend changes to improve efficiency.

Thanks to this decentralization, a large cryptocurrency community is growing, and each of these communities has unique opinions on how things should be implemented. This could lead to a fundamental difference that could lead to a currency exchange for king or a currency split.

However, people don’t always quarrel over forks. Blockchain forks can occur for a number of reasons, for example, to solve problems with mining cryptocurrencies or to authenticate transactions.

The blockchain network has an open source code, so anyone can make changes and additions to the code, which often leads to an update of the blockchain.

As we have seen in the case of Ethereum, forks can also be implemented to provide new functionality in the blockchain, correct errors or eliminate the consequences of significant attacks.

Forks can sometimes occur during mining. Powerful computers solve complex mathematical puzzles to create “blocks” of authenticated bitcoin transactions, which is a mining process. After that, they are placed in the blockchain. Every time they deposit a block into the blockchain, miners are compensated with bitcoin tokens.

Every ten minutes, blocks become available to miners. As a rule, only one miner can solve problems quickly enough to form a block. However, sometimes two miners will work on the same block at the same time. The miner who creates the longest chain lives even when both miners continue to add new blocks. The network is “orphaned” on a short block.

A block can branch if it includes an incorrect transaction. The block is not approved by the larger network, and the miner is deprived of the reward in bitcoins.

Blockchain and cryptocurrencies are a relatively young technology. Both of them have transformed from specialized side projects into era-defining tools in less than a decade. There are now many more use cases, and more and more people are using both alternatives every second of every day. As a result, the community is constantly reviewing, evaluating and improving the technology to make it safer and more efficient. Forks are often needed to update and refine the blockchain.

What is a hard fork.

The hard fork that occurred when the bitcoin blockchain split into Bitcoin and Bitcoin Cash is a significant modification of the network protocol that can lead to the creation of new cryptocurrencies. In fact, this blockchain is completely new.

A significant modification of the blockchain protocol, known as a “hard fork”, is incompatible with all previous blocks. Conflicts over ideologies or technologies in the bitcoin ecosystem can lead to hard forks.

Nodes that still used the old software after the hard fork are invalid. All nodes must comply with the new rules in order to continue using the forked version.

There are various reasons for using hard forks. When engineers decided to change the size of blocks in the Bitcoin network, one of the most famous splits occurred. The developers believed that this would speed up the extraction of blocks and increase the number of users. As a result, despite the similar history with the original Bitcoin, Bitcoin Cash is a new cryptocurrency that is incompatible with it.

Hard forks, however, are not necessarily the result of disputes. When significant security flaws are found in earlier versions of the software, developers can add new features to currency. The opinions of people who support and oppose these phenomena often coincide and do not necessarily sharply diverge.

What is a soft fork.

A soft fork occurs when a new protocol rule is added while keeping the previous rule in place. This means that updated and non-updated nodes can still communicate with each other. In other words, the old nodes will still accept the new blocks as legitimate, so this is not a significant change.

Soft forks are more like “fixes” of outdated software, but hard forks can be seen as a new beginning. When the blockchain is updated and all previous transactions are still considered legitimate, soft forks often occur.

Most miners on the network only need an update during soft forks to ensure compliance with the rules. Due to the constant compliance and acceptance of the previous rules, node updates are not required.

Mainstream finance has attempted —and failed — to force a dynamic world to follow its own rules. The dynamism of the modern world is ingrained in the DNA of cryptocurrencies. One of the biggest advantages of cryptocurrencies is their adaptability. Its ability to generate discussions, constantly update and expand according to the requirements of its users surpasses more traditional solutions.