Главная » Cryptocurrency » Bitcoin (BTC) is like water: it can flow or it can collapse 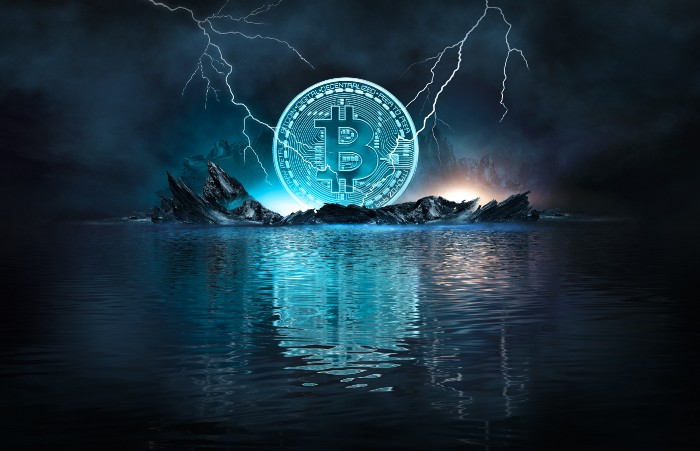 Humans always try to find the path of least resistance when able to choose from different paths. The way water flows is also an example of the path of least resistance. We will never see a river flowing up the hill. Instead, the course of a river will flow around obstacles and adjust the path according to the laws of gravity. If the water of a river finds resistance, the water will sooner or later erode whatever it’s in its way. Bitcoin works the same way. Governments may put out barriers to it… but Bitcoin will always continue to flow like a river.

Humans are the same. Once we trailblaze a new path of least resistance, where we can same energy, time and money, we start to use that path. We have been doing this with supply chains. Technologies have been allowing us to find paths of least resistance in supply chains. Supply chains would traditionally need a few intermediaries to bring the product from the manufacturer to the final customer. For example, buying a coffee machine 30 years ago would require manufacturer à distributor à wholesaler à retailer à customer. Technology has changed this. The manufacturer can now sell directly on a marketplace like Amazon, Taobao or Alibaba, directly to the customer.

We can also find countless examples in the financial industry. When a company decides to get money from the capital markets instead of a bank loan, the company is also disintermediating. Companies can issue bonds or new stocks to get money from investors instead of relying on a bank loan, for example. More recently, we can see many more examples of disintermediation from the fintech industry. Amazon, Taobao, Alibaba and many other marketplaces offer lending solutions without bank intervention. The peer-to-peer lending market was estimated at USD 68 billion in 2019, and blockchain is unlocking whole new industries like DeFi.

DeFi is the highest level of abstraction when it comes to disintermediation and decentralization. DeFi is built on the top of smart contracts and allow people to totally remove the middlemen in financial products such as lending and borrowing, borrowing with crypto/NFT collaterals, stablecoins and decentralized exchanges (also called DEX) with the respective liquidity pools.

Now I want to go back to Bitcoin. Bitcoin doesn’t allow smart contracts (for now) or DeFi. However, Bitcoin brought us the possibility of transacting in a peer to peer manner, with the highest degree of confidence in human history and all this without the need of a third party.

History does not repeat, but it often rhymes

Disintermediation is defined by the reduction of intermediaries between the product and the consumer. Thus, disintermediation is to shorten the supply chain. Blockchain and Bitcoin take this to an extreme by not only shortening the supply chain but sometimes totally eliminating any party involved. Thus, the only people left are the people transacting and a decentralized network. People can, for example, send value without the need of any third party. The Bitcoin blockchain doesn’t even care how much you are sending. You can send the equivalent to 1 000 USD or 1 000 000 000 USD. From the Bitcoin blockchain perspective, it’s just one more message in the blockchain.

The blockchain also allows people to record the ownership of assets without a third party. We used to rely on banks, notaries, lawyers and so on to register the ownership of an asset. However, blockchains allow up to record any ownership in the blockchain. So again, I can eventually convert all my funds into Bitcoin and puff. No need for banks. Many people already have almost 100% of their assets in Bitcoin, converting to fiat only what they need to spend. Bitcoin is, in fact, the most secure bank safe ever created. It’s impossible to crack, break or breach. The Bitcoin blockchain is the most secure IT system ever made (as long as you also do your part and keep your wallet safe).

This is really an exciting concept and the maximum disintermediation that we could ever achieve. Bitcoin has no staff, office, lawyers, cybersecurity staff, SysOps admins, DevOps, and CEO, and it’s the most secure thing running on the internet.

Bitcoin is now doing for the financial industry what VoIP technology has made to the telephone industry in the early 2000s. VoIP stands for Voice over IP and democratized the access to affordable international calls, consequently dismantling the big phone operators that were back then charging 3 dollars per minute for international calls. In addition, VoIP allowed people to use the internet to make phone calls using Skype services. Nowadays, people no longer need to pay for calls, and we can use, for example, WhatsApp to make a call which is also VoIP. Bitcoin is MoIP, i.e. Money over IP, and it’s doing for money what VoIP has done for the communication industry. You can send money over the internet, peer-to-peer, pay a fraction of the fees, not be censored, and have total control over your funds. Bitcoin allows you to have a bank inside your pocket.

We will all reach a point that it’s just easier and simple to use Bitcoin and crypto instead of using your bank to make transactions. Many of us already do it. For example, when I have dinner with some of my friends when we go Dutch, we send each other crypto, and it’s way easier than sending each other fiat. In the same way, it’s way easier to send Bitcoin to settle really almost any kind of transactions (using the Bitcoin main network or a second layer like the Lightning Network for smaller transactions).

Billionaire will issue the first stable coin provided by marijuana

Common Myths and Misconceptions About Bitcoin