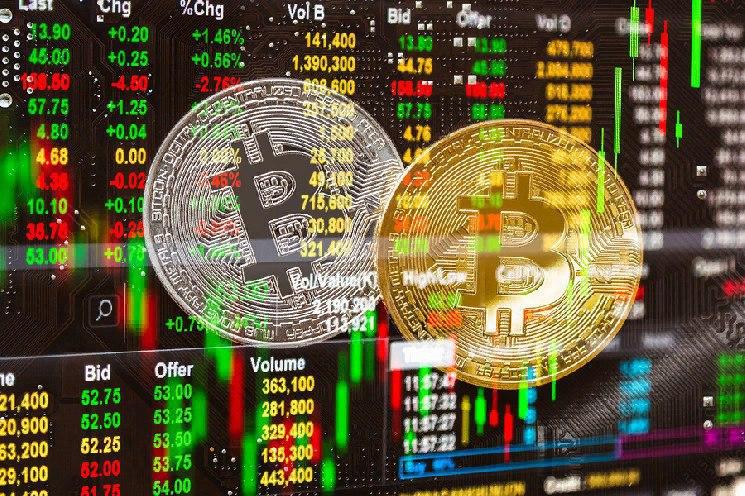 Today in a selection of cryptocurrency news on  Crazy-Mining.org:

At the moment, the largest employers in the cryptocurrency industry are exchanges. This is stated in the study of Block Genesis, the authors of which note that up to 85% of industry employees work in those companies that are indirectly associated with the activities of crypto exchanges.

This applies to areas such as the maintenance of trading floors and mining. Currently, there are 48 startups in the cryptosphere with a staff of over 100 people. The largest employers in the industry are Huobi, Coinbase and OKEx.

In general, up to 20,000 people are currently working in this area. Researchers also found that only a third of the companies are in US jurisdiction.

The lion’s share of enterprises engaged in the development of blockchain services and providing services for the trade in digital assets have an Asian residence permit. In the mining industry, the largest employer is the Chinese company Bitmain.

Moreover, the cryptosphere is becoming one of the highest paid areas in the economy. For example, in Canada, the annual salary of a blockchain specialist reaches $ 98,000. Many crypto companies are actively attracting employees for both office and remote work.

Bitfinex froze $ 860,000 in criminal assets in bitcoins by court order

A British court ordered the Bitfinex cryptocurrency exchange to freeze assets worth $ 860,000 in bitcoin. As the exchange and the crypto-analytical company Chainalysis managed to find out, they were associated with the activities of ransomware, reports New Money Review.

The insurance company of the victim of the attack, represented by an unnamed company, paid the attackers $ 950,000 (109.25 BTC) and went to court. Some of the funds were withdrawn to fiat and turned out to be inaccessible for further tracking, while 96 BTC went to a Bitfinex-controlled address.

The court ruled to freeze these assets and requested Bitfinex identification information of the wallet owner. According to the New Money Review, this is the first time that the High Court of England and Wales has agreed to treat bitcoin as property.

Chainalysis Director of Public Relations Maddy Kennedy said: “The leading cyber insurer used Chainalysis software to investigate the payment to the ransomware program made by him on behalf of the client to track the movement of funds from the repayment point to well-known services such as exchanges “.

Initially, Bitfinex and its parent company iFinex went on trial as defendants. However, the exchange itself explained that it assisted the plaintiff in finding assets and was not charged with any crime.

“Bitfinex uses a reliable system to help law enforcement and plaintiffs, as in this case,” the company said. – As we understand, the plaintiff’s attention is no longer directed to the Bitfinex platform. Apparently, now Bitfinex is a completely innocent party that has been implicated in this offense. “

According to the court’s order, Bitfinex was supposed to transfer the data of the attacker to the court before January 18, but nothing was reported about further actions of the exchange.

The founder of the blockchain company Opporty International issued an open letter regarding a recent SEC complaint in which the Commission accuses the B2B marketplace of illegally conducting an ICO of $ 600,000.

Recall that last week, the US Securities and Exchange Commission (SEC) registered a complaint about the illegal conduct of an ICO by Opporty International. In his letter, the founder of the company, Sergey Gribnyak, stated that the SEC “brutally exaggerated” the violations of the site and, in general, the Commission’s charges “are not true.”

“This whole case is fabricated in order to create a legal precedent for the offer of tokens that fall under the Reg D and Reg S exceptions. Many projects have sold tokens based on these exceptions, according to which they do not need to register with the SEC. If the precedent is set, then this can affect the entire industry, because it can be used against many projects. This may lead to bankruptcy of promising companies, including ours, ”Gribnyak emphasized.

“Neither I personally nor my company prepared documents for an ICO. This was done by a specially hired independent law firm. She provided materials and advised me to continue, which we did, ”Gribnyak emphasized.

The company’s founder also said that by the fall of 2018, the funds were exhausted and he used his own funds, as well as the resources of his second company Clever Solution, to support the development of Opporty solutions. However, according to the SEC, Gribnyak received $ 13,600 from the sale of tokens, and $ 147,000 was transferred to Clever Solution.

“We are asking for financial support from the community to resolve this matter. We are now in a vulnerable position, since the funds received from the sale of tokens were exhausted more than a year ago, ”concluded Gribnyak.

Arcane Research: Interest in bitcoin halving has grown to a maximum since 2016

Internet users have begun to become more interested in the topic of the so-called May Bitcoin Halving or the reduction of the miners’ rewards.

The number of Google searches on this topic has reached its highest point since 2016. This was noticed by Arcane Research analysts.

If you look at the dynamics of people’s search queries presented by Google Trends, you can see that there really hasn’t been such a surge in activity over the past four years, experts say.

In April 2016, users of the World Wide Web began to be massively interested in the topic of reducing the award of bitcoin miners. The number of visits to relevant resources peaked in mid-summer 2016, then this indicator began to decline.

Last spring, the revival began again. In the period from January 12 to January 18, 2020, Google Trends recorded the highest activity rates of Internet users.

The largest number of inquiries regarding BTC halving was sent by people living in European countries (Slovenia, Netherlands, Austria, Switzerland). The United States and Canada were only in the second ten countries included in this rating.

The expert environment is dominated by the point of view that the May halving will be an important stage in the development of bitcoin in this and in subsequent years. The value of the coin will be added both before and after the reduction of the miners’ rewards. Some analysts are confident that the strengthening of BTC will trigger the growth of the entire cryptocurrency market.