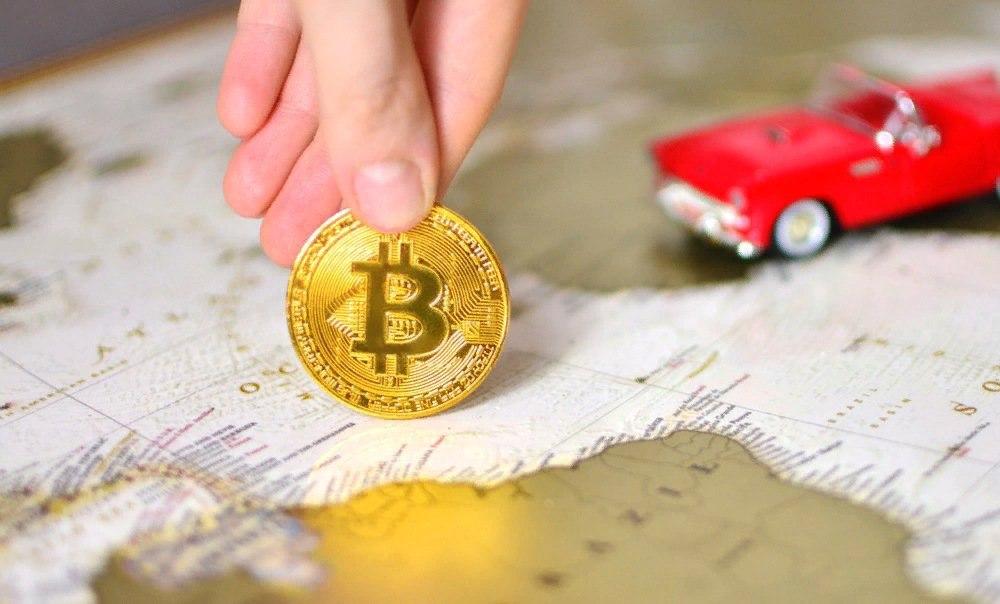 Expert: Bitcoins from the wallets of the suspended COSS exchange went to Binance

On January 8, the Singapore COSS cryptocurrency exchange COSS switched its platform into maintenance mode for 3-4 weeks without any prior notice, thus essentially blocking $ 2 million in user assets. Although the exchange continues to insist that the event is related to the need for an imminent update, expert at Cipherblade analytic firm, Richard Sanders, believes there may be other, hidden motives.

“There is no reason to close the exchange for 3-4 weeks to update the platform,” he said in a conversation with Decrypt.

Sanders posted on Twitter a scheme for the alleged transfer of assets in bitcoins from COSS wallets to Binance at about the same time as the service was suspended. The expert considers such transactions suspicious.

According to him, this is how the platform may try to hide the assets of users before publicly reporting their loss. “The perfect crime is to restart COSS with a minimal set of new features,” he added.

COSS Public Relations Manager Satiart Misra claims that the exchange itself didn’t translate anything on Binance: “So you can tear out several addresses from any blockchain browser and say that someone you name at your discretion made these transactions.”

Sanders cannot agree with these arguments: “This is not like transferring an ordinary user to Binance, but a transaction of a person who controls exchange wallets and transfers assets to Binance, instead of sending them to his own hot wallet.”

COSS revealed the address of its Ethereum wallet, while the remaining assets are in “non-disclosed” cold wallets. The administration of the COSS Telegram-group, meanwhile, actively suppresses any attempts to discuss the solvency of the trading platform and blocks unwanted users.

The Minister of Communications and Information Technology of India has commissioned the National Center for Informatics (NIC) to develop a blockchain solution to increase the level of educational programs in public schools.

According to the Press Trust of India, Ravi Shankar Prasad made this request at the inauguration of the science and innovation center for the development of the blockchain created by NIC in Bangalore. Prasad also noted that the NIC and local governments should open their doors to startups that work in accordance with certain standards.

“I’m very interested in how we can use blockchain in the field of primary education. In fact, today I’m going to give you the assignment, the NIC team. Can you think of a good use of blockchain to increase the level of education in public schools across the country? ”The minister said.

About 26,000 startups work in India, 9,000 of which are developing in the field of technology. Prasad called on NIC to create mechanisms to incorporate these startups into its technology space and stated that “NIC could become the main promoter of startups in the country.”

Despite the fact that the Indian authorities support the development of the blockchain, the country’s cryptocurrency industry is facing great difficulties. Recently, the Supreme Court of India again rescheduled a hearing on the ban on servicing cryptocurrency companies, introduced by the Central Bank in April 2018. Since the ban was introduced, exchanges have been forced to adapt to it, and many of them have ceased their activities in the country and moved the business to other jurisdictions.

Central Bank of India says no cryptocurrency ban in the country

The Reserve Bank of India (RBI) said that in fact the regulator did not prohibit cryptocurrencies. At the same time, RBI emphasized that the ban on servicing the cryptocurrency business by the country’s financial institutions is designed to protect companies from the risks associated with the trading of digital assets. It is reported by The Economic Times, citing central bank documents.

According to the publication, the position of the central bank was voiced during the trial with the non-profit organization Internet & Mobile Association of India (IAMAI). The latter appealed to the Supreme Court against the Reserve Bank.

IAMAI argued that in the absence of a law prohibiting cryptocurrency trading, it is a legitimate commercial activity. However, the regulator actually banned it by blocking access to banking services.

Despite the fact that the Reserve Bank acknowledged that digital currencies were not actually prohibited in India, he explained his actions by protecting financial companies from risks, including financing of terrorism and money laundering using cryptocurrencies.

BTCPay introduced the new Vault application, which allows you to integrate hardware cryptocurrency wallets into the system and use their capabilities with a full-fledged bitcoin node.

BTCPay has developed the open source solution BTCPayServer, which allows any person or company to accept payments in cryptocurrencies. At the same time, private keys are not stored on the server, so users need to use third-party wallets.

“To spend the money received, users need to use third-party wallets, but many such programs have limitations. Thus, users can lose their money if they downloaded a compromised wallet or did something wrong, ”the BTCPay blog post says.

The Vault solution will allow the exchange of information between BTCPayServer and any hardware wallet installed on the user’s computer. All funds on the wallet will be confirmed using the full Bitcoin node, so users can spend cryptocurrencies without having to transfer personal keys to the wallet to anyone.

BTCPay founder Nicholas Dorier said the company’s goal was to provide an alternative to the payment giant BitPay. At the end of December last year, BitPay stopped accepting payments in cryptocurrencies for several hours, after which some users promised to install BTCPayServer.

The Singapore government, together with a number of the world’s largest financial and manufacturing companies, have formed an alliance to promote the introduction of digital technologies in trade and commerce.

According to a press release from the media, the Singapore government, the International Chamber of Commerce (ICC) and 16 other companies, including Mastercard, Mitsubishi Corporation, DBS Bank, Tokio Marine and Marubeni Corporation, have teamed up to accelerate the adoption of digital technology in trade and commerce.

The new partnership is part of the ICC TradeFlow Alliance initiative, which uses TradeTrust, a digital trading platform created by Singapore-based blockchain company Perlin. The goal of the initiative is the transition from paperwork to digitizing all trading processes, which will reduce time and maintenance costs, as well as the number of cases of fraud and human errors.

“Among business processes, trade and trade finance are still some of the most difficult areas to digitize. Bundles of physical documents have to be moved from place to place to establish authenticity and ownership. Digital technology, especially the distributed roster, is well suited to solve this problem, but it requires coordination on the part of key players on a global scale. ”

The Singapore government will work on the implementation of the TradeTrust platform through local government initiatives and agencies – the Infocomm Media Development Authority and Enterprise Singapore, which will integrate the platform and launch special pilot projects.

The ICC TradeFlow pilot project has reduced the time for conducting trade transactions by more than half, from 45 to 20 days. The goal of the initiative is to carry out such transactions in less than a day.

Blockchain is increasingly being used to digitize trading operations. For example, in January, the port of Salalah in Oman began testing the TradeLens blockchain platform, which allows companies throughout the supply chain to exchange cargo data in real time through a managed blockchain, which ultimately increases the transparency and efficiency of international trade.

ETC Labs CEO Terry Culver is confident that working with UNICEF will help develop high-tech solutions using distributed ledger technology that will sooner or later change the life of humanity for the better.

The team did not say whether the funds were transferred – in cryptocurrency or in ordinary money, but it made it clear that the amount of $ 1 million would be spent on developing startups developing solutions on the blockchain to resolve social issues.

“We are pleased that a leading public organization such as UNICEF shares our desire to introduce the latest technology everywhere, and we are proud to be able to help thousands of people around the world,” said Terry Culver.

ETC Labs management added that it will organize training seminars for such developers, and the most successful projects will receive grants totaling $ 750,000. In addition, the incubator plans to further provide UNICEF $ 250,000 for the further development and implementation of systems created using the blockchain.

ETC Labs is not the only organization providing funding to support projects. In October, ConsenSys issued grants for $ 175,000 to seven startups on Ethereum, and this month the Chinese project Nervos announced that it would allocate $ 30 million to developers creating tools for interacting with other blockchains.