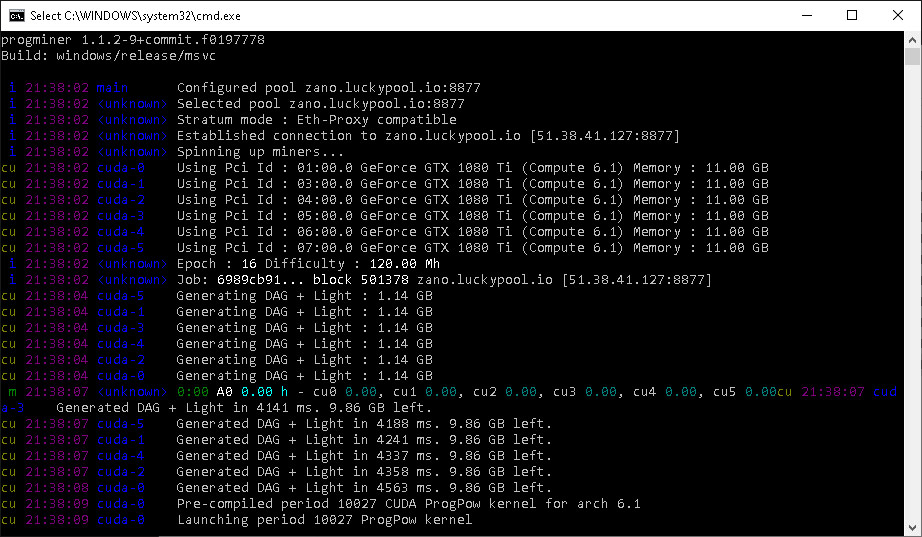 The Zano crypto project (ZANO) is relatively new, launched last year, like a PoW / PoS hybrid coin designed for e-commerce applications, according to developers with 1 ZANO unit. The project carried out a 1: 1 Boolberry coin exchange (BRR), but the most interesting is the fact that this is the first coin in which ProgPoWZ is used as a mining algorithm (based on ProgPoW) and as far as we know, this is still the only one who has it uses. Despite being one of the earliest ProgPoW-based projects, it did not seem to attract as much user interest or has a very large user base. Our attention was drawn to the fact that ZANO has just been added to Whattomine, and you can easily track the profitability of mining, although at present it is not among the first in terms of profit.

ZANO can be mined on a CPU (currently pointless) or mined using AMD OpenCL or Nvidia CUDA GPUs, and it is also available on MiningRigRentals, where you can rent mining rigs that offer ZANO hashrate, or rent your own hashrate to others for mining ZANO. Progminer with support for ProgPowZ, as well as official precompiled binaries for CPUs, AMD GPUs and Nvidia GPUs, and ProgPoWZ is also supported for some time by TT-Miner 4.0.0, a miner with closed source code for Nvidia GPUs with 1% of the developer TT-Miner performance looks a little faster compared to the Nvidia CUDA Progminer, 23 MHS (TT-Miner) versus 21.5 MHS (progminer) on the GTX 1080 Ti.

According to CoinMarketCap, ZANO is currently slightly below 500th place and traded on several small exchanges with a market capitalization of 4.4 million US dollars and almost 1% of this daily volume. ZANO is available for mining in two mining pools, with almost 95% of the hashrate concentrated on Lukipul, and the remaining on Fairpool. If you are familiar with ProgPoW mining, then ZANO mining should not differ much from its ProgPoWZ algorithm, and even though both algorithms are not exactly the same, you can expect to get about the same performance with a hashrate for both algorithms with your mining GPUs , As in the case of ProgPoW, there is also a fairer balance of performance between AMD and Nvidia GPUs depending on the level of the GPU available – younger video cards will be slower for both red and green camp, and older ones – Being faster – there is no unfair advantage due to the different specifics of video memory, since the algorithm actually uses GPUs more intensively than Ethash, for example

Progminer – With progminer, you can mine every coin based on ProgPoW Proof Work, including Ethereum ProgPoW and others. This is an actively supported version of Progminer. This comes from the ethminer project.