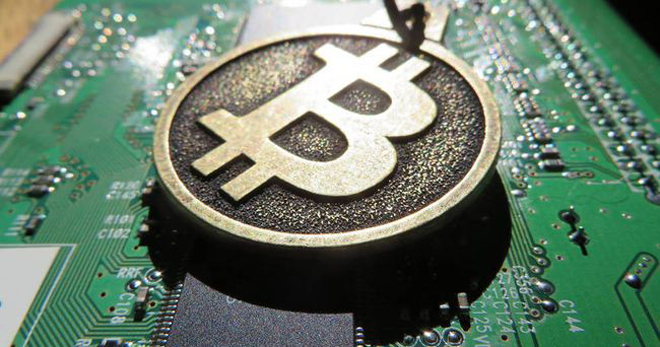 The restart of Lightning-Torch was far from as successful as its original version last year. In just 8 days, the “torch” was abducted by unscrupulous participants 4 times.

The initiative is to transfer small amounts of bitcoin from one user to another through the second level scaling network of the Lightning Network, with each next participant adding 10,000 satoshi ($ 0.90), thereby gradually increasing the “torch”.

The initial goal of Lightning Torch was to demonstrate the capabilities of the Lightning Network to transfer transactions with their gradual increase. Last year, personalities such as CEO Binance Changpen Zhao, PayPal co-founder Reid Hoffman, activist Andreas Antonopoulos and Twitter CEO Jack Dorsey took part in the relay.

At the same time, “Torch” made several noteworthy stops, for example, it was transferred from Iran to Israel against the backdrop of an aggravation of relations between the two states and residents of Venezuela, who, having no access to a centralized source of electricity, powered the Lightning node from the battery for the motorcycle. The collected amount of 0.4 BTC or about $ 2,000 at the exchange rate at that time was donated to charity.

“# LNTrustChain2 is quickly becoming a meme with all these thefts,” the relay organizer writes under the nickname hodlonaut. “It’s clear that many people follow him just to steal.”

The user Crypto49er reported that he had already been stolen from the “torch” twice. “After 14 hours of a nightmare and two thefts,” he was ready to try for the third time, but only by choosing a trusted community member. The baton was taken over by the author of the podcast and blog stefanwouldgo. By the time of the last theft, the torch had managed to grow to 1,440,000 satoshi or $ 129.

“Fortunately, the deceived participant decided to make up for the loss from his pocket. It’s difficult to extinguish the torch, but in the future you need to be more attentive to the recipients, ”added hodlonaut.

The initiative was restarted on January 19. From myself, hodlonaut replenished the “torch” for 100,000 satoshi. At the time of publication, the holder of the “torch” is crypto entrepreneur Matt Odell, and its size is 1,510,000 satoshi.

Bakkt began to use bitcoin calculations more often, but they didn’t remember about options for a week.

The number of bitcoins demanded for “physical delivery” of Bakkt futures has increased by 1,600% in recent weeks, according to data from the analytical company Arcane Research.

The ability to calculate in the underlying asset of the futures is one of the most interesting distinguishing features of Bakkt contracts offered, however, bidders are not using it very actively. So, in October and November, only 32 contracts were calculated in bitcoin. Changes began to happen this month. Since the beginning of January, 230 bitcoins were delivered with a total value of about $ 2 million. In December, there were 8 such contracts.

In addition, in recent days, the volume of active positions in Bakkt bitcoin futures with monthly settlements has grown rapidly – from $ 5.4 million on Friday to $ 8.8 million on Tuesday.

It should be noted that the positive trend does not cover the Bakkt options market. According to the parent company Bakkt Intercontinental Exchange, during the week from January 20 to 26, no deals were made in options. According to available data, the last 20 lots were exchanged on January 17.

Bakkt’s rival Chicago Mercantile Exchange (CME), on the other hand, continues to record a significant interest among traders in their Bitcoin options. Last week, when Bakkt had zero, 59 lots passed through the CME platform.

Bakkt launched Bitcoin options on December 9, CME on January 13. On the very first trading day, CME managed to bypass Bakkt by margin in terms of the volume of transactions.

Zermatt, the world famous resort in Switzerland, now allows residents to pay taxes in bitcoin. This was reported by Bitcoin Suisse, which will process payments.

Taxes paid in Bitcoin will be converted by Bitcoin Suisse to Swiss francs and transferred to the municipality’s bank account.

“The spirit of innovation is one of Zermatt’s trademarks, so we are pleased to support residents in providing them with the necessary solutions,” said Zermatt Mayor Romy Biner-Hauser.

Zermatt is neither the first nor the second Swiss city to start accepting tax payments in bitcoin. Zug began accepting bitcoins for tax payments through Bitcoin Suisse back in 2016; Chiasso launched a similar initiative in 2017. However, in Chiasso, bitcoin is accepted only for small tax payments worth up to 250 Swiss francs ($ 256).

NRI / IO Crypto-Asset Index relies on the services of MV Index Solutions (MVIS) and CryptoCompare, offering “an investment solution for Japanese financial institutions and global companies.” The instrument is denominated in dollars and Japanese yens; you can trade it on the platform from NRI.

“The high demand from institutional investors contributes to the development of crypto-asset funds. Well-diversified products like index funds are attractive as alternative investments, ”said Akihiro Nimi, head of Intelligence Unit.

The Binance Bitcoin Exchange completed the tenth quarterly burning of BNB tokens, removing 2,216,888 coins from circulation. This amounted to about $ 38.8 million.

In dollar terms, the volume of coins withdrawn from circulation approached the record level of the second BNB burning in the fourth quarter of 2017.

Since the volume of tokens burned corresponds to 20% of the exchange’s quarterly profit, the figures mean that from the beginning of October to the end of the year it amounted to $ 194 million.

The achievement of such a high indicator was facilitated by the fact that it was the first full quarter of the Binance Futures and Binance.US platforms, said Binance CEO Changpen Zhao. Daily trading volumes on the first regularly exceed the spot market, and on the second they are growing steadily.

In terms of average daily trading volume, the American division came out on the third place in the Binance ecosystem.