Главная » News » Events » Crypto news: a selection of the latest news from the world of cryptocurrencies and mining 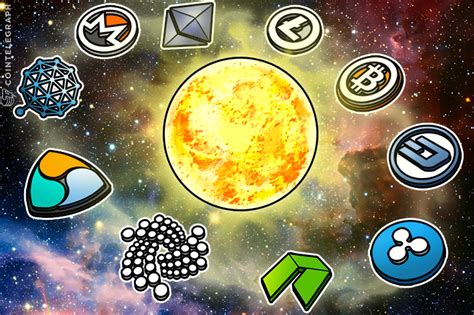 MicroBT, a competitor to Bitmain, continues to increase its market share in bitcoin mining

MicroBT, a Chinese mining company, quickly expanded its market share by selling more than 600,000 ASIC miners from its flagship WhatsMiner M20 series in 2019. This was reported to WeChat by the head of the sales department of the company Vincent Zhang, reports Coindesk.

MicroBT miners can generate on average about 60 terahash per second (TH / s) of computing power. This means that the sold miners could contribute more than 30 exams per second (EH / s) to the bitcoin network hash in 2019 (1 EH = 1 million TH). Against the backdrop of rising Bitcoin prices in 2019, the average Hershait of the network more than doubled: from 40 EH / s at the end of 2018 to almost 100 EH / s in December. This means that almost half of the bitcoin hash in 2019 may be due to MicroBT equipment.

The current computing power of the bitcoin network is about 110 EH / s. Thus, now MicroBT may account for about 30% of miners, which makes this company one of the largest and fastest growing manufacturers in the world.

According to a December 12 report by Coinshares, Bitmain’s market dominance was about 65% last year, while in 2018 this figure reached 75% (this data is no longer entirely relevant, since bitcoin hash has since grown by another 20 %). Canaan, in its public report to the IPO at the end of last year, indicated that its equipment accounted for about 20% of the bitcoin hash in the first half of 2019.

However, Bitmain equipment still dominates the market, which is the result of successful sales of AntMiner S7 from 2015 to 2016, and then S9 models from 2017 to 2018. According to the Bitmain IPO application in September 2018, the company sold about 500,000 bitcoin miners in 2015 and 2016 and 3 million units from the beginning of 2017 to June 30, 2018 against the backdrop of the rapid growth of the cryptocurrency market.

And although S9 with a capacity of 14 TH / s are still the most popular miners, they may become obsolete after reducing the remuneration for a block (halving) on the bitcoin network in May of this year. According to CoinDesk, mining centers are now buying newer miners or replacing old models in preparation for this event.

Bitmain released its latest AntMiner S17 series last year to compete with the MicroBT’s WhatsMiner M20, but the latter was significantly ahead of Bitmain in terms of production and supply.

In anticipation of halving, both companies plan to release even more powerful miners – AntMiner S19 and WhatsMiner M30. However, the number of products actually released is highly dependent on supplies from companies such as Samsung and TSMC, which, according to Zhang, are “very limited.”

An outbreak of coronavirus in China also delays production and logistics.

Zhang says MicroBT has already returned to work: “Now the work of the logistics system has partially resumed … So now the supply of miners is not a big problem, but not every mining farm is physically accessible,” he said.

Poloniex announces “partial localization” of its platform for Russian-speaking users

The Poloniex cryptocurrency exchange on Thursday announced the launch of a “partially localized version” of its platform for Russian-speaking users.

According to the company, users will find “some of the main functions” in Russian in the mobile and web versions of the exchange.

Poloniex notes that so far a limited number of pages have been localized, but there will be more in the near future. So, in Russian, tabs for exchange and margin trading and other basic elements are available, while most information pages are still displayed in English. At the same time, individual sections of the interface issue machine translation.

In addition, the company announced the launch of the Poloniex Poloneers “Localized Community” program. “Soon we will create Poloneers communities for individual languages, one of the first to be Russian-speaking users,” she adds.

According to CoinMarketCap, at the time of publication, Poloniex ranks 64th in terms of trading volume among all cryptocurrency exchanges with a value of $ 157 million.

At the beginning of the week, Poloniex rolled back the trading history in 12 minutes due to a discovered bug.

The developers and investors of the Telegram blockchain platform have formed a non-profit organization for project management at the community level, CoinDesk writes. The first task of the TON Community Foundation will be to protect the company in a lawsuit with the US Securities and Exchange Commission (SEC).

On Friday, the group appealed to the District Court for the Southern District of New York, declaring itself to be a “community of approximately 2,000 active members.” They note that the TON blockchain is fully operational and can be launched within 5 seconds, and the only reason why this has not happened so far is the lawsuit filed by the SEC in October by the SEC.

The appeal refers to an expert report previously submitted by SEC by Brown University University professor Maurice Herlichi, who stated that the TON blockchain lacks the critical components necessary for its launch and security. According to TON advocates, such components are not required to run at all.

Members of the TON Community Foundation. The group was formed by the communications manager of the TON Labs startup, founded by TON investors to create developer tools, Fedor Skuratov. The organization’s website was launched on Thursday.

To date, the list of participants has included 23 people representing individual companies, including TON Labs itself, the broker Da Vinci Capital, Atomic Wallet and Button Wallet wallets, local TON China and TON France communities, as well as a number of technology startups.

Further actions. In the future, the organization will direct the efforts of developers, validators, stakeholders and other community members to popularize TON through training, applied research, grants and lobbying for the interests of the network.

The TON Community Foundation is an independent entity that has nothing to do with the TON Foundation project described in white paper. The latter was supposed to manage the offer of Gram tokens, however, the company most likely would prefer to beware of creating such organizations at a time when its forces were sent to confirm the decentralized status of its network and challenge the SEC claim that Gram are securities.

In addition, the TON Foundation was supposed to “provide the majority of the validators during the initial deployment phase of the TON blockchain”, make decisions on protocol changes and have the majority of votes in the first months of the network’s existence. In January, Telegram announced that it “does not undertake to create a TON Foundation or any other similar organization in the future.”