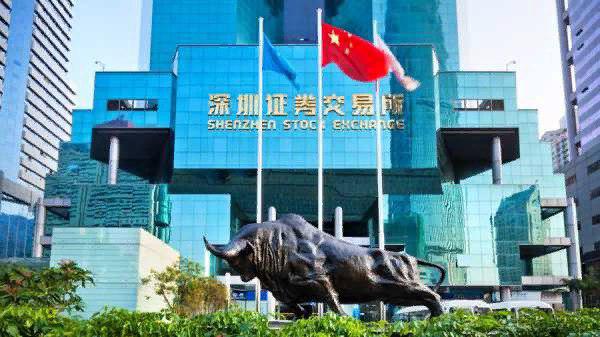 Hong Kong protesters have now turned their attention to financial censorship. This happened after last month the funds in the amount of $ 9 million received in support of the protesters were frozen.

Again, thousands of people took to the streets after the HSBC closed the Spark Alliance account associated with the protest movement.

“45,000 people protested outside HSBC headquarters in Hong Kong after closing a fundraising account in support of democracy. Organizers urge to boycott the bank. Although we are told that only criminals use bitcoin, it may turn out to be the most effective tool against them. ”

(However, according to Hong Kong authorities, there were no more than 3,300 such protesters).

People express dissatisfaction with the fact that the authorities will try to strangle the protest movement financially. One elderly woman stated:

“The money I donated came from hard work, and it’s not black money at all … The police are just looking for any excuse to discourage young protesters.”

Events in this special administrative region of China serve as a reminder of the importance of a decentralized censorship-protected asset class, such as Bitcoin.

As you can see, people’s discontent with financial censorship, which is global in nature, is becoming stronger. When existing systems no longer represent the most efficient or safest way to transfer value, it is only natural that more desperate people start looking for other options.

Earlier, we talked about the fact that the UN intends to use blockchain technology so that employment agencies in Hong Kong cannot hard exploit visiting workers in this region.

VeChain Foundation, whose wallet stolen 1.1 billion VET on December 13, reported on progress in resolving the consequences of this incident

As promised in the first announcement, the VeChainStats service was used to organize a blacklist of addresses that received assets from an attacker’s wallet, which avoided their direct sale through large exchanges such as Binance and Bittrex, which expressed their willingness to cooperate.

On December 18, an urgent client update was published, which allowed a vote among masternode owners to block hacker wallets. In total, 469 addresses were blocked, on which 727 million VETs were frozen.

In the course of further voting, a decision will be made on what should be done with these tokens, including the possibility of their complete withdrawal from circulation. Limiting the distribution of assets that have been credited to exchange wallets up to this point will require further cooperation with trading platforms.

In addition, sanctions were announced against employees whose actions entailed a violation of the organization’s wallet security. Jay Zhang will leave the post of CFO, refuse to participate in the elections to the steering committee of the VeChain Foundation in 2020 and lose half his salary for the next year. VeChain CEO Sunny Lou was found indirectly guilty of what happened and will also be held accountable. Like Zhang, he will not receive half of the payments due to him in 2020.

The Shenzhen Stock Exchange (SZSE) has introduced an index that tracks the quotes of shares listed on the stock exchange of 50 blockchain companies.

As explained by SZSE, the index will be updated twice a year – on the second Friday of June and December. At the same time, the index includes only shares of those companies that meet certain requirements. The exchange has selected based on the average daily value of shares over the past six months.

Also, companies must comply with regulatory requirements and not have problems with financial reporting. In addition, SZSE verified that organizations really used the blockchain, and did not use the technology only as an advertisement.

Recall that in March last year, SZSE stopped trading in the shares of the manufacturer of medical equipment Lifesense, doubting that the company was really engaged in research in the field of blockchain and suspected it of manipulating the stock price.

In November, the SZSE, together with the China Securities Regulatory Commission, began investigating China’s Great Wall Group business. Regulators were alarmed that the company’s shares rose sharply after its announcement of interest in the blockchain.

This course was held for students of the Faculty of Computational Sciences, and was organized at the request of the non-profit organization Blockchain Acceleration Foundation (BAF), which promotes the accelerated implementation of blockchain in various fields. BAF includes students, professors, crypto enthusiasts, and anyone interested in mass promotion of DLT.

UCSB Co-Founder and President of BAF, Cameron Dennis, believes that despite the growing popularity of the blockchain, UCSB students did not have the opportunity to learn more about the latest technologies before seminars were organized at the university. After lengthy negotiations, Dennis convinced the UCSB administration to organize a special course on computer science with a focus on blockchain.

“This course was aimed at curious computer science students learning the basics of blockchain and creating a better future by breaking down deep-rooted business practices and setting new standards in corporate governance,” commented Cameron Dennis.

In September, New York University also began training in the cryptocurrency specialty to prepare students for the realities of the new market. The universities of Ireland and Malta did not stand aside, which this year launched a master’s program in training the blockchain.

Deputy Head of the State Administration on Foreign Currencies of the People’s Republic of China Lu Lei (Lu Lei) said that the authorities can allow the trading of cryptocurrencies as part of the reform of the forex industry.

At the moment, there is no official confirmation of the plans, however, Lei said that China is going to integrate fintech solutions and blockchain into the forex industry, and then, possibly, it will allow cryptocurrency trading at such sites.

“We will expand the scope of the pilot program for the implementation of the blockchain and scenarios for the application of technology with international financing and management. At the same time, the government will study the possibilities of blockchain in the forex industry, as well as the possibilities of working with cryptocurrencies and creating rules for regulating such sites, ”said Lei.

Note that for some time China has been exploring the possibilities of using blockchain and artificial intelligence in international financing, with the main emphasis on risk management.

In addition, the People’s Bank of China (NBK) is developing its own digital currency. Recently, the NBK representative said that the digital yuan is for payments and will not be suitable for speculation.